What You Need to Know About California's Jaywalking Law - Adamson Ahdoot

Home » Blog » Understanding California’s New Jaywalking Law: What is Jaywalking and Is it Safe?

Understanding California’s New Jaywalking Law: What is Jaywalking and Is it Safe?

Around 32,000 people are killed in traffic accidents every year, according to the National Highway Traffic Safety Administration. While most accidents are due to driver negligence, one in six of those who die are pedestrians, many of whom were jaywalking. Just recently, California signed a new law that goes into effect in 2023, allowing people to jaywalk without being ticketed as long as they don’t put themselves or anyone else in danger. But, is California’s jaywalking law safe?

In this article, we’ll discuss the new jaywalking law. Including what it is, just how safe it is, and how it affects motorists and pedestrians alike.

Jaywalking is the act of pedestrians walking across a busy road with oncoming traffic and no designated crosswalks. While it may look like a minor offense, this act is considered illegal in most states, especially since it may endanger people’s lives if the person doing it is not careful. 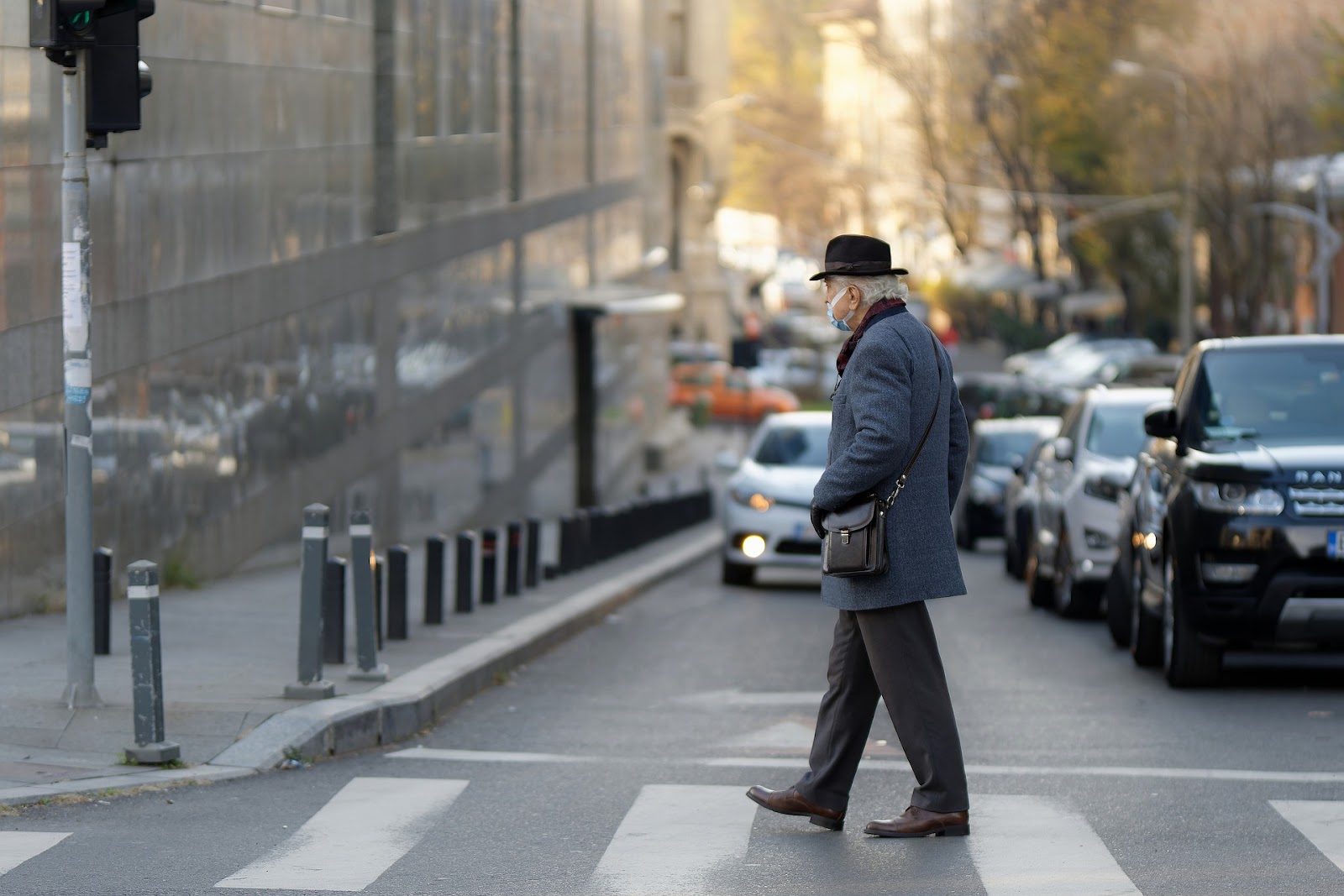 Is Jaywalking Illegal in California?

Effective January 1, 2023, jaywalking will no longer be a serious offense in California unless “a reasonably careful person would realize there is an immediate danger of collision with a moving vehicle or other device moving exclusively by human power,” as stated in the newly amended California’s jaywalking law.

This means that Californians are allowed to jaywalk as long as they do not pose a threat to themselves or those around them while doing so.

Previously, the law stated that:

How to Stay Safe While Jaywalking in California

Since jaywalking will be legal in California only if it’s safe, below are some important reminders to ensure your safety while crossing the street:

What are the Penalties for Jaywalking?

Before the effectivity date of the new law, jaywalking will still be strictly prohibited in California. Pedestrians are required to obey traffic control signals while crossing marked intersections. The previous and new law applies to both residential and non-residential areas.

Under CVC 21955, those who are caught in the act of crossing the wrong intersection will pay a fine of around $200. After the violation, they will receive a ticket for the offense–the base fine costs around $196, excluding the administrative fees and assessments.

What Happens If a Jaywalking Pedestrian Gets Hit By a Car?

In case a pedestrian illegally crosses an unmarked intersection, there is a great likelihood for accidents to happen. If you get hit by a car while crossing unlawfully, you may still file a lawsuit against the driver.

However, California is not a no-fault state, but it follows a Pure Comparative Negligence system. This means that each party can collect damages depending on their percentage of fault, no matter how high the percentage of fault is.

For example, if you are found 20% responsible for a car accident, your compensation amount is reduced by 20%. The higher your percentage of fault, the smaller the amount of damages you can recover.

The jury will decide what percentage of fault to assign to each individual and reduce their respective compensation awards by that amount. The total responsibility assigned among both parties must equal 100%.

Personal injury cases such as truck accidents, car accidents, and slip and fall accidents, among many others, are subject to this law. Unlike most comparative negligence states, California does not cap the fault at 50%.

As per state and federal laws, a breach of duty occurs when the other party does not do something a reasonably careful or sane person would do. Therefore, if you cross the street without being mindful of traffic laws, you may put yourself in danger and simultaneously pose risks to the vehicles passing the road.

At Adamson Ahdoot, the best personal injury lawyers will handle your personal injury case. Our law firm has the resources and expertise to help you navigate the intricacies of the legal system.

Our team is committed to putting people first. With more than 100 years of combined legal experience, we have served thousands of clients with diverse cases–from road mishaps to dog bite injuries.

Contact us if you’d like to know more about California’s jaywalking law and how it affects you. Speaking with an experienced personal injury lawyer at Adamson Ahdoot can help you win your case.

Call us at (800) 310-1606 today to schedule your free consultation with a premier injury attorney. Our consultations are offered in English or Spanish. Feel free to contact us if you have questions about jaywalking that are not answered in this article.

Above all else, our clients come first. We go above and beyond to obtain the highest level of compensation possible.

Get in touch with our firm

Our team can better advise you on your legal options once we receive any available evidence about the incident.