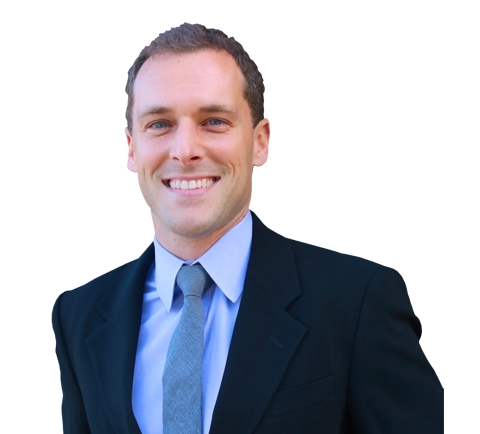 A person really must love law to get sworn in as an attorney with a copy of the United States Constitution close to their heart.

But both times Associate Attorney Michael Petruzziello has done so, once just out of law school in New York and then in California as a 15-year-legal veteran with a wealth of trial experience, he kept a copy of the document he received in the 10th grade in his breast pocket.

The New York native specializing in vehicular homicide cases considers the “special, powerful” constitution the foundation of the law in the United States and, understanding it, the best tool with which to help clients in their pursuit of justice.

“It’s pretty remarkable that you’re using and crafting an argument to hopefully better a system and better your client’s position or just better society in some way. And this is the foundation of how our United States Civil Society works, is based on this one document that all these laws stem from,” Michael explained passionately.

A constitutional law competition he won the same year he received his treasured copy of the constitution and understanding that this was the best platform from which to help people were the catalysts for him to pursue an education and career in law.

Before law school, Michael received a Bachelor of Arts Undergraduate Degree in Government and Politics from the State University of New York at Stony Brook in 2004.

He was seemingly destined to become an attorney, however, as several of his neighbors and good friends in his community were law professors at Touro Law Center, where Michael would earn his Juris Doctorate in 2007. Recognizing his passion and talent for law at an early age, these neighbors turned professors turned mentors were instrumental in nurturing Michael’s ardent thirst for learning the law. By doing so, they gave Michael the ability to defend people’s rights.

“I did get very interested in what the ethics behind law are. What the jurisprudence behind why laws are the way they are, how you use them in a positive versus a negative way and fixing a system which, obviously, is why I was very involved in criminal law,” he shared.

This mission to help people, led first to Michael investing eight years in serving his community as a public defender, while his passion and ability led to him being the first attorney under 30 to be named a Felony Trial Attorney by the Legal Aid Society of Suffolk County (Public Defender’s office). While there, he regularly authored motions now used as a standard template for Suffolk County’s Legal Aid Society. He also gained a reputation as a fearless but fearsome trial attorney.

In California since 2020, Michael has brought the experience and tenacity gained in felony trials to advocate and fight for his client’s rights and recuperation, in both mind and body. He is a member of the Federal Bar of California’s Central District, is licensed to practice in all California and New York state courts, and is a member of the Consumer Attorneys Association of Los Angeles (CAALA).

When Michael isn’t putting his clients first, he enjoys spending time with his wife, hiking, biking, falling off a surfboard, and cheering on the 17-time-NBA-champions Lakers.

AT ADAMSON AHDOOT SINCE:

Above all else, our clients come first. We go above and beyond to obtain the highest level of compensation possible.

Get in touch with our firm

Our team can better advise you on your legal options once we receive any available evidence about the incident.